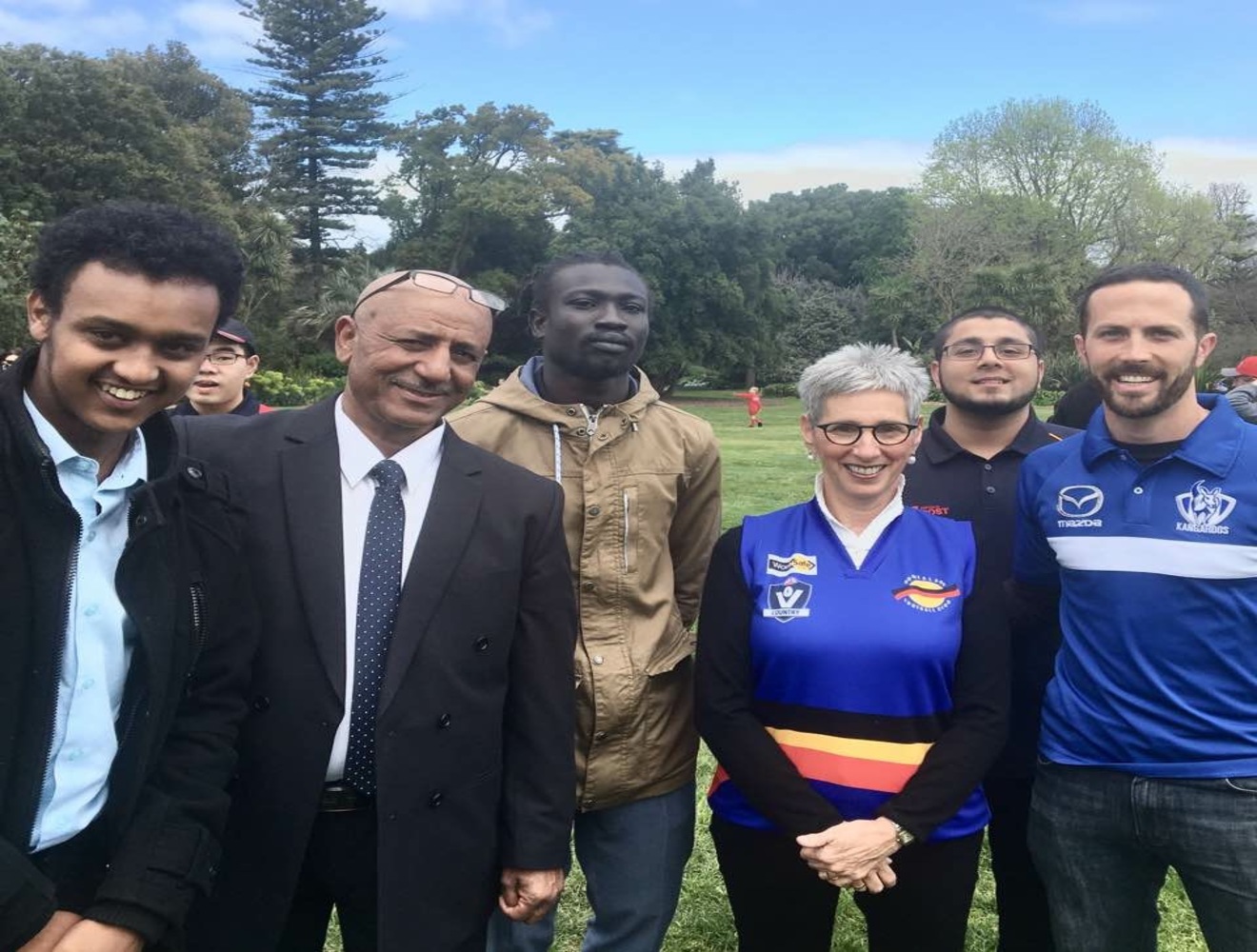 An AFL Community Ambassador since 2016, Yasseen has been working closely with North Melbourne FC to help promote AFL to new and emerging multicultural communities in the North Melbourne region.

Since joining the program, Yasseen has been significant in connecting AFL with the African community, with his involvement in the AFL Africa Focus group and supporting role in creating the original Unity Cup team – Team Africa. Yasseen has been instrumental in setting up multiply umpiring programs for young participants, allowing them the opportunity to learn and transition into Community Football.

Yasseen's work with North Melbourne FC in the recent years has seen him introduce new fans to the game via North Melbourne ‘Welcome to AFL’. This has lead to multiple groups attending AFL Games for the first time. His passion for the game and the opportunities he provides his community makes him a worthy nominee for this award.

Most recently, Yasseen has been involved in supporting community programs being delivered to residents of  the Melbourne’s public housing. In what has been a very stressful time for many Yasseen was able to bring joy and happiness to the Community.

Yasseen nomination means he will go into the running to be the National Community Ambassador of the Year.