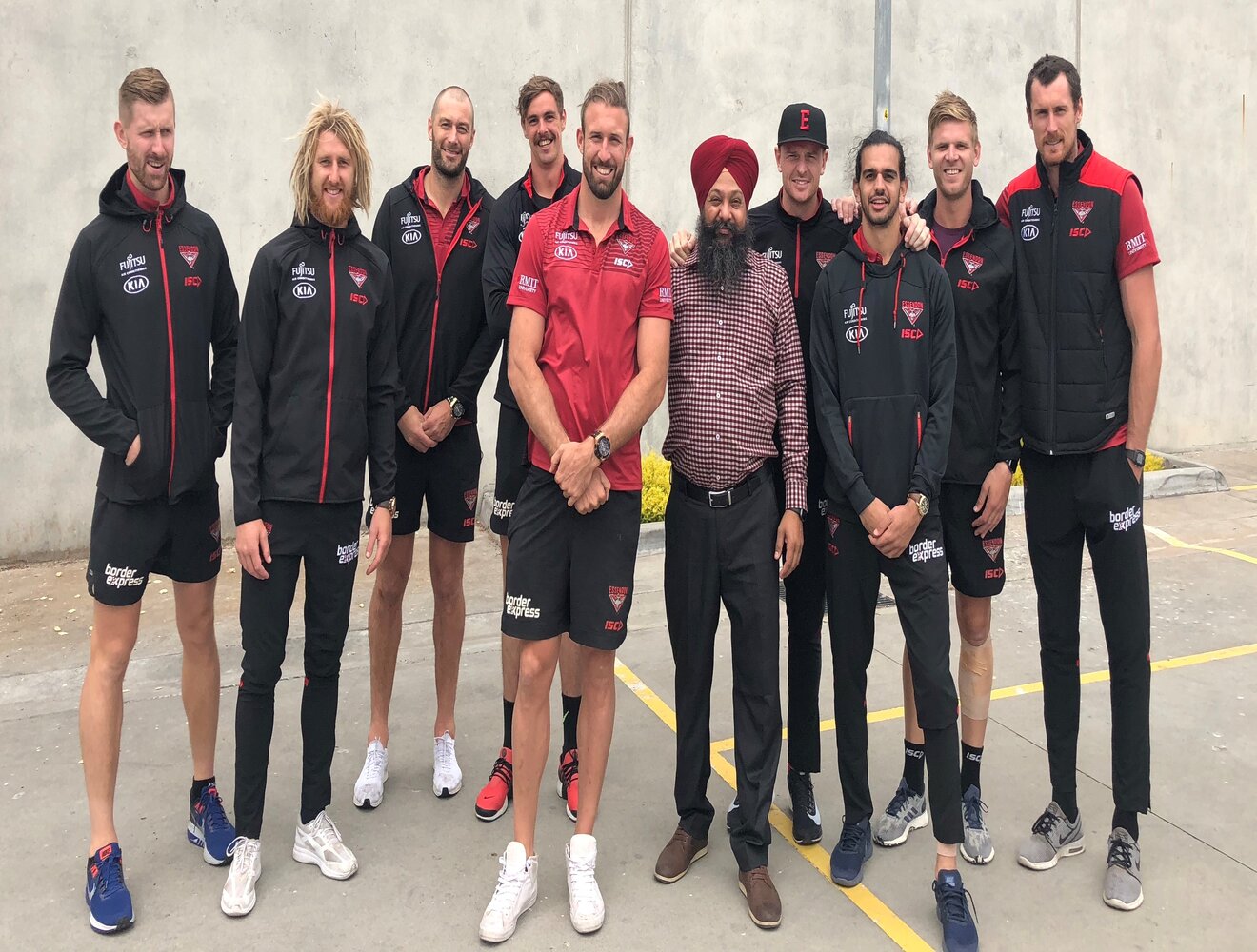 An AFL Community Ambassador since 2015, Avtar Singh has been working tirelessly with Essendon FC to help promote AFL to new and emerging multicultural communities in the North-West corridor of Melbourne.

Since joining the program, Avtar has been a leader in connecting AFL with the Indian community, from supporting and growing the first of its kind Indian Auskick center in Craigieburn to establishing the Hume Bombers FC, a junior football club playing in the Essendon District Football League (EDFL) since 2018.

Avtar's work with Essendon FC in the recent years has seen him introduce hundreds of new fans through the GloBall program run by the club for people of multicultural background to attend AFL Games for the first time. His passion for the game and the opportunities he provides his community makes him a highly worthy nominee for this award.

Most recently, Avtar has been working tirelessly with his organisation “Khalsa Darbar – Mickleham” and has provided over 10,000 cooked meals / groceries to people in need due to COVID-19 in the North-West corridor of Melbourne. He started the process in March and is still continuing the great work for anyone in need. In what has been a very stressful year for many, Avtar was able to bring some relief to the Community.

If anyone including yourself or somebody you know would like to some support with food, please do not hesitate to contact Avtar Singh on – avtarsingh502@gmail.com

Avtar’s nomination means he will go into the running to be the National Community Ambassador of the Year.