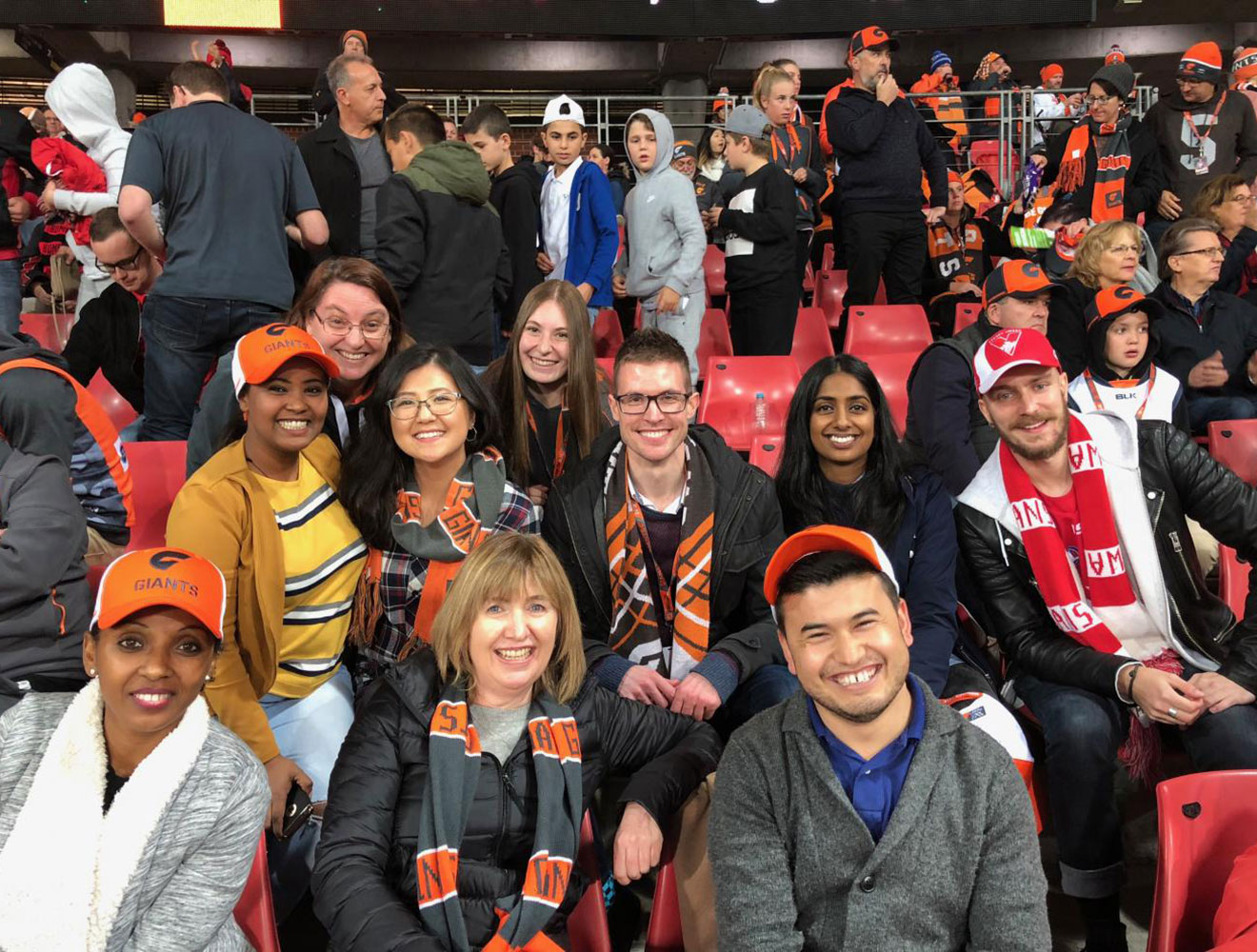 The winner for June is Ash Nugent from NSW.

Originally from Melbourne, Ash was a community ambassador from the inception of the program in 2013. He also helped to establish the Masala Football Club, designed to bring more multicultural communities to grassroots footy and compete in the VAFA. Relocating to Sydney in 2015, Ash has stayed involved in footy, working closely with AFL NSW and GWS Giants to coordinate the 'Refugee Supporter Group' for the last 2 years, encouraging new migrants and refugees to attend all GWS Giants home games at Spotless Stadium.

Ash co-ordinates the group and attends every live game explaining the rules and helping people feel a part of the atmosphere. Ash’s commitment to sharing the game with new communities is extraordinary. He is committed and very passionate to using sports as a vehicle to integrate people into Australian life. He is also a mad Giants supporter so his passion is infectious.

You can learn more about his story here https://youtu.be/pfed3qbsBIg