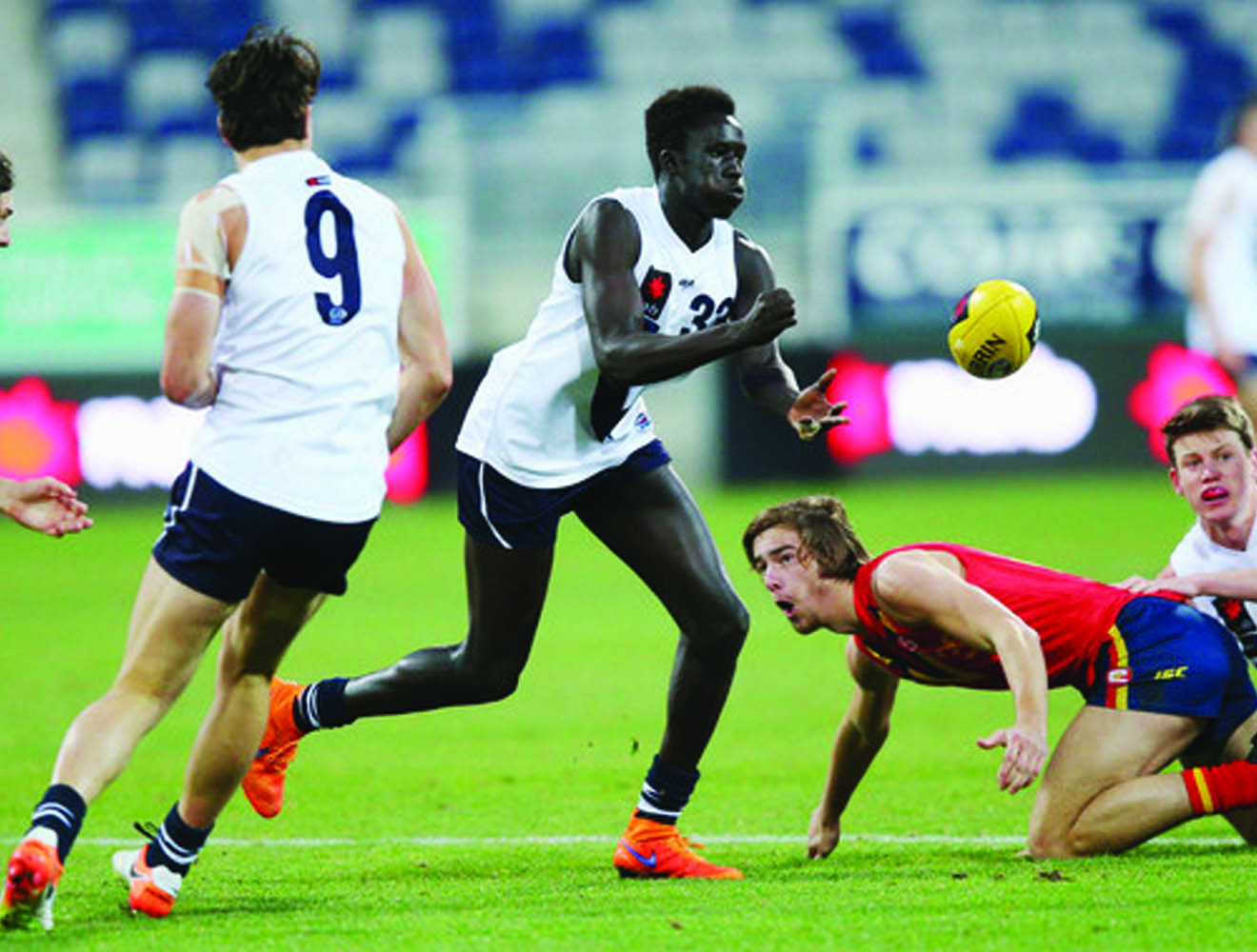 ON the back of the success of some of the competition's Sudanese players this year, the League has added four multicultural prospects to its national NAB AFL Academy squads.
The additional two places in the level one and level two academies have been opened as the AFL continues to target a more diverse playing group.
Gippsland Power prospect Changkuoth Jiath has been selected in the level two academy, which comprises players eligible for next year's draft, alongside Kwaby Boakye.
The 190cm Boakye, from Ghana, is also a member of the Gold Coast academy.
The pair will play in the 'futures' All Stars match at the MCG on Grand Final day, which will pit the best under-17 talent from around the country against each other in a curtain-raiser before the premiership decider.
The duo's inclusion into the NAB AFL Academy doesn't affect the remaining places left in the level two group, with four spots to be filled in the next month.
Tall prospect Ajak Dang has been included in the level one group, which is for players hoping to be picked by clubs at the 2018 draft. The 191cm Murray Bushrangers teenager has shown some exciting signs at under-16 level this season.
He will be joined in the squad by Buku Khamis, a 187cm player from the Western Jets. Both will take part in the level one academy's camp in Melbourne later this month.
The AFL has enjoyed an injection of multicultural talent in recent years, with the ranks of Sudanese players more than doubling after last year's drafts.
"The form this year of Aliir Aliir at the Sydney Swans and the debuts of Mabior Chol at Richmond and Reuben William at the Brisbane Lions has been really exciting for the competition and exciting for the boys coming through," the AFL's national and international talent manager Kevin Sheehan said.
"They've shown there is a pathway for these guys in our game."