May Community Ambassador of the Month - Akshay Trivedi 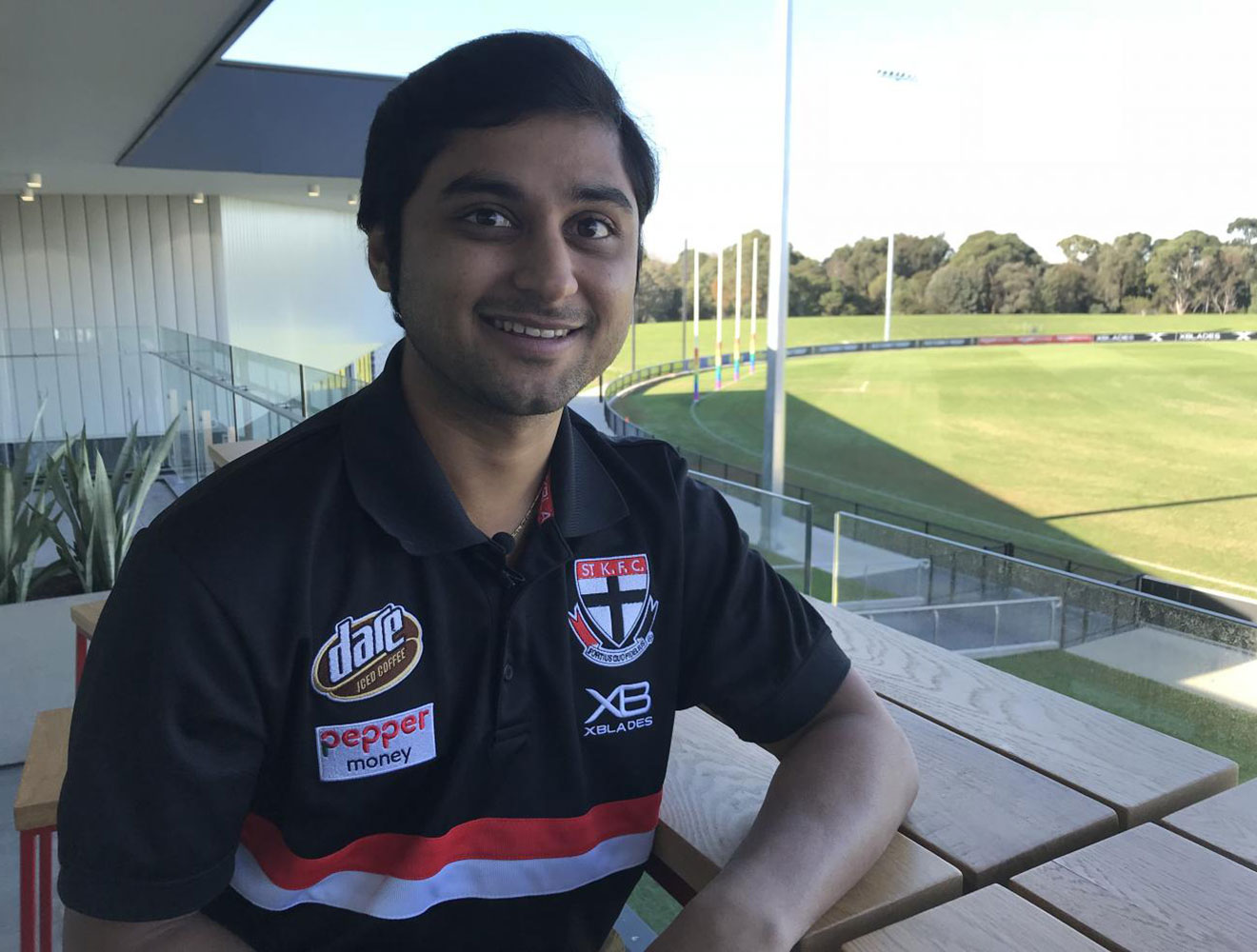 The winner for May is Akshay Trivedi from Victoria.

Originally from India - Akshay has been in Melbourne for 2 years studying his Masters in Sport Management. Working closley with St Kilda FC, Akshay helped the club work with international students to attend their first AFL match in Round 9 when the Saints played Collingwood at Etihad Stadium.

Akshay is also working closley with the Saints to look at creative ideas around engaging the Indian community and becoming involved in the club's Next Generation Schools Program.

You can learn more about his story here https://bit.ly/2sHSk9U